Wanna mess around in a demo version of Office 365, before trying the real thing ?
No problemo !
Go to https://products.office.com/nl-be/try  and create an account to your heart’s content. 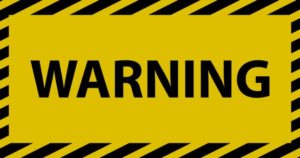 One big /!\ warning /!\ before actually doing so :
Experience has taught me that – while you can create a 30-day demo account and perform all the fun stuff that the full version can – there’s a couple of things you need to know about your demo version.

Getting our hands dirty (almost) 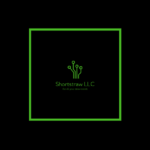 In this example setup, we will be creating a basic startup scene through which we will continue to enlarge our virtual company, adding the necessary services as we need them.

For now, our company “Shortstraw LLC” has not seen the proverbial light yet and just wants his mail in the cloud and accessible at all times.
Shortstraw’s current mail setup for their Belgian branch consists of some simple POP boxes (or so they told us, their IT implementor   *dramatic sound*)

The image above (because a wall of text doesn’t read as easy as a children’s illustrated book) shows how the customer describes his current mail situation, after having established first contact over the phone.
Oliver (the CEO) and Annie (the CFO) each have a mailbox which they read in their not-yet-documented mail program.
Together they both read the info@shortstraw.be mailbox as a POP box, while leaving a copy of the messages on the server, which is an old-school way of sharing a mailbox.
Their technician, John, receives his to-do list from Annie onto his personal Gmail mailbox john.vercammen@gmail.com , so he can use his calendar on his smartphone.

Actually getting your hands dirty

For good form and for good measure you as the IT guy decide to visit the customer, because that’s what you do in cases like this. You go and check on what’s real instead of relying on end-user information.
No offence to you dear end-user, who might also be reading this article. I’m just stating the obvious, which is also the reason you contact an IT guy in the first place instead of performing the move to O365 yourself.

After a small audit, you discover the situation to be as follows (example taken from real life) ⇒

You’ll notice already the subtle difference after you got your hands on the computer.
Seemingly unsignificant, there are a few things to be taken into account. 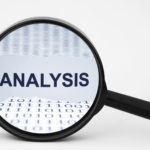 Having all the information above, even as a layman at O365, you can see that there is much room for improvement, such as getting rid of old techniques for sharing a mailbox, getting your employees in sync with your company, upgrading software etc.
For this case, which is a fine example of a typical situation, my suggestions, based upon my personal experience and Office 365 support are the following (all mailflow suggestions can also be done in different ways; I just hand out the most common ones) :

As a personal thought exercise I suggest you try to come up with a couple more improvements for this customer’s network, as I’ve left some subtle ones yet unhandled.

In the next post, we start the process of migrating, while explaining every step’s why and how.